How to distinguish the roles of transport and source changes in sedimentary records (New paper in G-Cubed!).

Understanding how changes in sediment transport and changes in sediment provenance influence sedimentary and magnetic records is a fundamental, but challenging problem in the study of sediment cores. The OSU P-mag lab has a new paper out in G-cubed led by Rob Hatfield and former undergraduate researcher, Ben Wheeler, that investigates this in the Northern North Atlantic.  Our new study uses a network of 71 core top samples from the Norwegian and Greenland Seas, originally collected in 1963 and currently archived at the OSU Marine and Geology Repository. Sediments were seperated into 5 particle size fractions and the magnetic properties of the bulk sediments and the particle size fractions were measured at the Pacific Northwest Paleomagnetic Laboratory at Western Washington University. 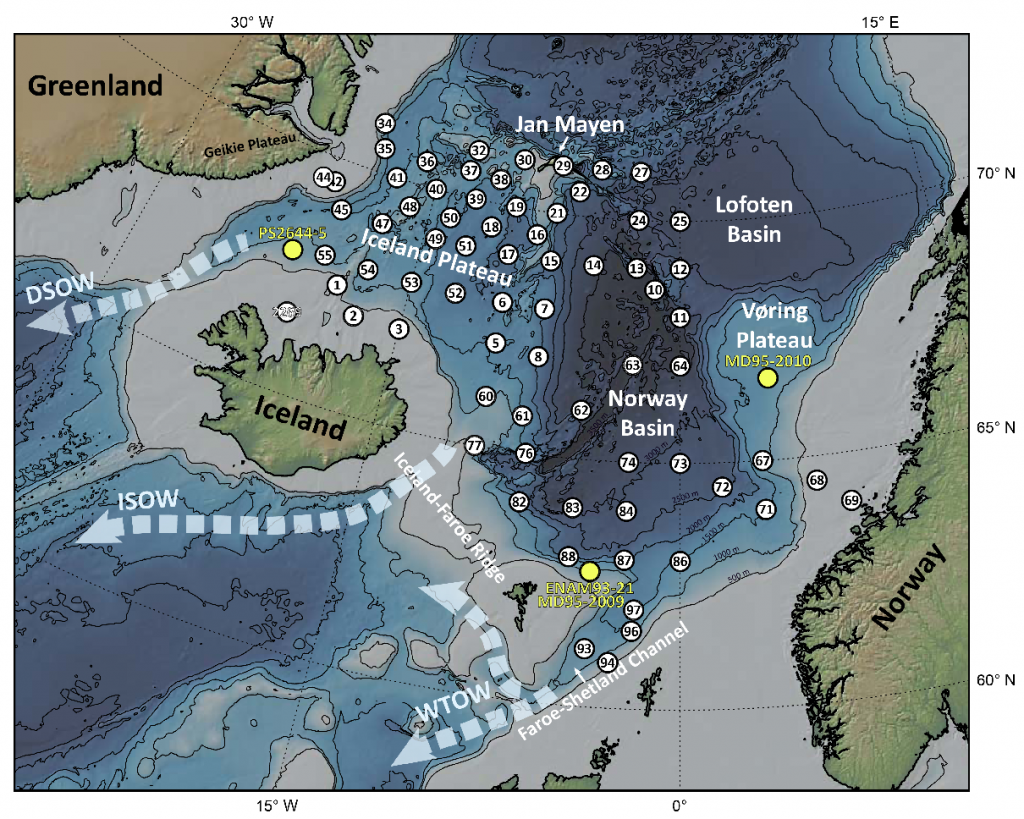 The “Edisto Array” used in the newly published Hatfield et al. G-cubed paper.  Cores were recovered in 1963 and archived at the OSU Marine and Geology Repository since that time.

There is a long history of studying the magnetic properties of Northern North Atlantic (NNA) sediments as sensitive indicators of changes to Earth Systems.  For example, back in 1995 Joe Stoner and colleagues published a paper in Geology documenting major differences in the magnetic properties of Eirik Ridge sediments (south of Greenland) during the last two glacial terminations.  These differences were interpreted to reflect differences in the timing and style of Greenland deglaciation during these times.  To better understand these changes and investigate how these signals may be influenced by changes in sediment source and/or transport, Rob Hatfield collected potential source sediments from glacial streams around Greenland and Iceland and investigated their particle-size specific magnetic properties (see papers published in 2013 and 2017 in EPSL).  Using these new constraints and particle size specific magnetic methods, Rob Hatfield revisited the sediment magnetic record of the Eirik Ridge in his 2016 EPSL paper and compared differences in Greenland deglaciation over the last 5 glacial terminations in the context of sediment transport and provenance changes. 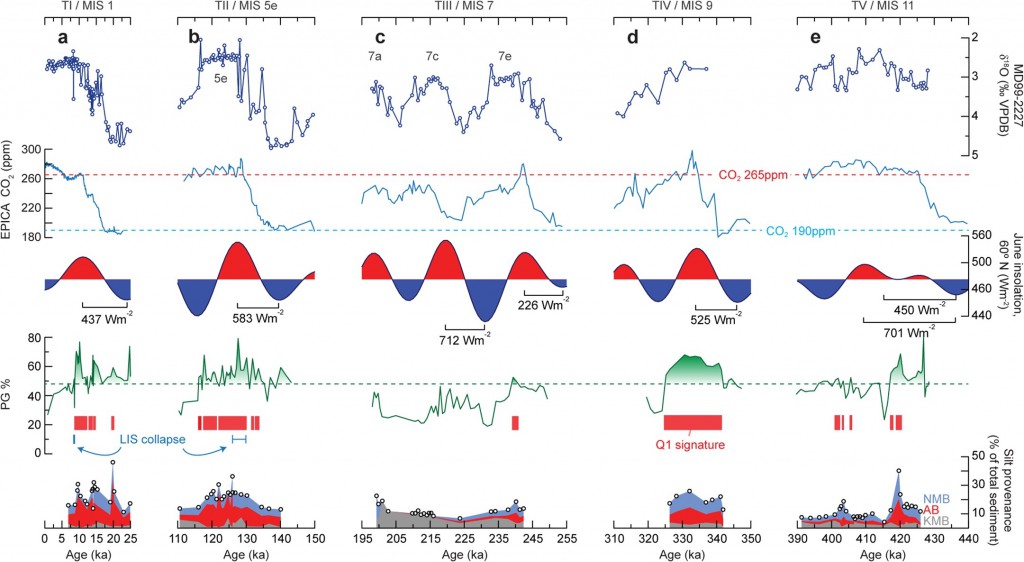 Comparison of the response of the Greenland Ice Sheet during five terminations/interglacials as reconstructed using particle size specific magnetic measurements.  Percent Greenland (PG%) is calculated using the magnetic properties of silt-sized particles in an Eirik Ridge (South Greenland) sediment core and compared to the magnetic properties of silt-sized particles from stream sediments collected around Greenland and Iceland.

Now, using a similar methodology, Rob Hatfield, Ben Wheeler, and colleagues investigate how particle-size specific magnetic properties vary spatially in the Norwegian and Greenland Seas.  These new data reinforce previous findings that bulk magnetic properties from the NNA are strongly sensitive to changes in sediment texture and sediment source, and they provide new insights into how to interpret bulk magnetic marine sediment records that are routinely collected adjacent to regions like Greenland, Iceland, Jan Mayen, and Norway.  Check out the study and send us an email if you have any questions or ideas! 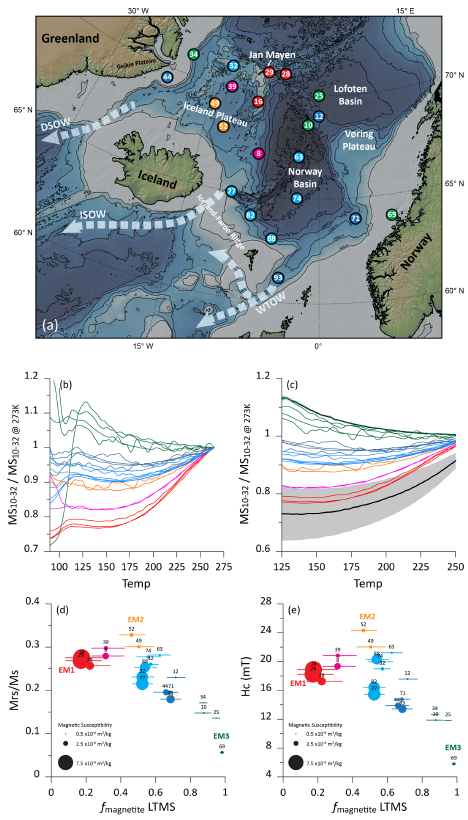 Comparison of fine-silt sized magnetic properties in Edisto Cores that reflects magnetic ‘grain-size’ or coercivity (Mrs/Ms) and magnetic mineralogy (LTMS), indicating that we can distinguish the mixing of distinct source end-members in the Norwegian Greenland Seas after controlling for physical sediment particle-size.