As we seek ever more detailed information from paleomagnetic records we run up against our inadequate understanding of the sediment magnetic acquisition process. In the simplest case, the natural remanent magnetization (NRM) of sediment is aligned with and a function of the intensity and direction of the geomagnetic field at the time of deposition. However, bioturbation, diagenesis, and other processes influence the magnetic acquisition process in incompletely understood ways. Observational studies support a post-depositional remanent magnetization (pDRM) process (Fig. 1) where the magnetization is locked-in at depth. In the pDRM model, the depositional remanence is acquired by locking in different grains over a range of depths (acquisition zone) below the mixed layers. Leading to smoothing and an offset between the sediment/water interface and the lock-in zone. This implies that sediments act as a time lagged, low-pass filter leading to a paleomagnetic record that is temporally offset and smoothed relative to the original geomagnetic input signal.

In 2013, Joe and colleagues published a study that investigated the Holocene geomagnetic field signals recorded in Northern North Atlantic sediments from a variety of depositional environments.  These included ultra-high resolution records from the Southeast Greenland and North Iceland continental shelf and lower resolution deep-sea sediments from the Eirik Ridge.  All records nicely resolved paleosecular variation (PSV); but the lower resolution deep-sea sediments appeared to have a time delay in the signal–likely related to post-depositional remanence aquisition processes.  The records could best be reconciled if the deep-sea record acquired its magnetization about 15-25 cm below the sediment water interface (Fig. 2). 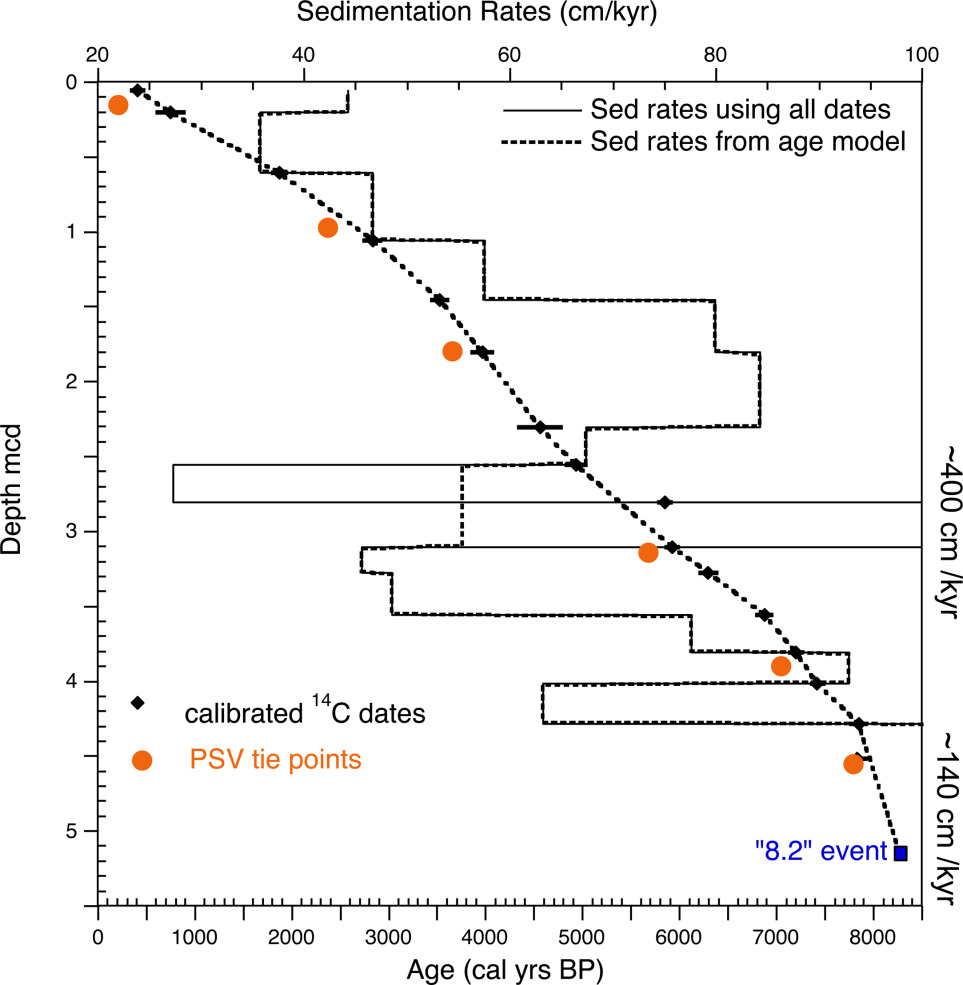 Figure 2.  Age model for Northern North Atlantic deep-sea Site U1305, illustrating consistent offset between the magnetic age (PSV tie points) and sediment age (calibrated 14C dates) for the last ~8,000 years when compared to continental shelf sediments deposited at significantly higher accumulation rates.  This offset in depth is estimated to be about 15-25 cm, which equals an offset in time of about 150-400 years.  You can read more about the Holocene paleomagnetic record from U1305 in Joe’s 2013 Geochemistry, Geophysics, Geosystems paper.